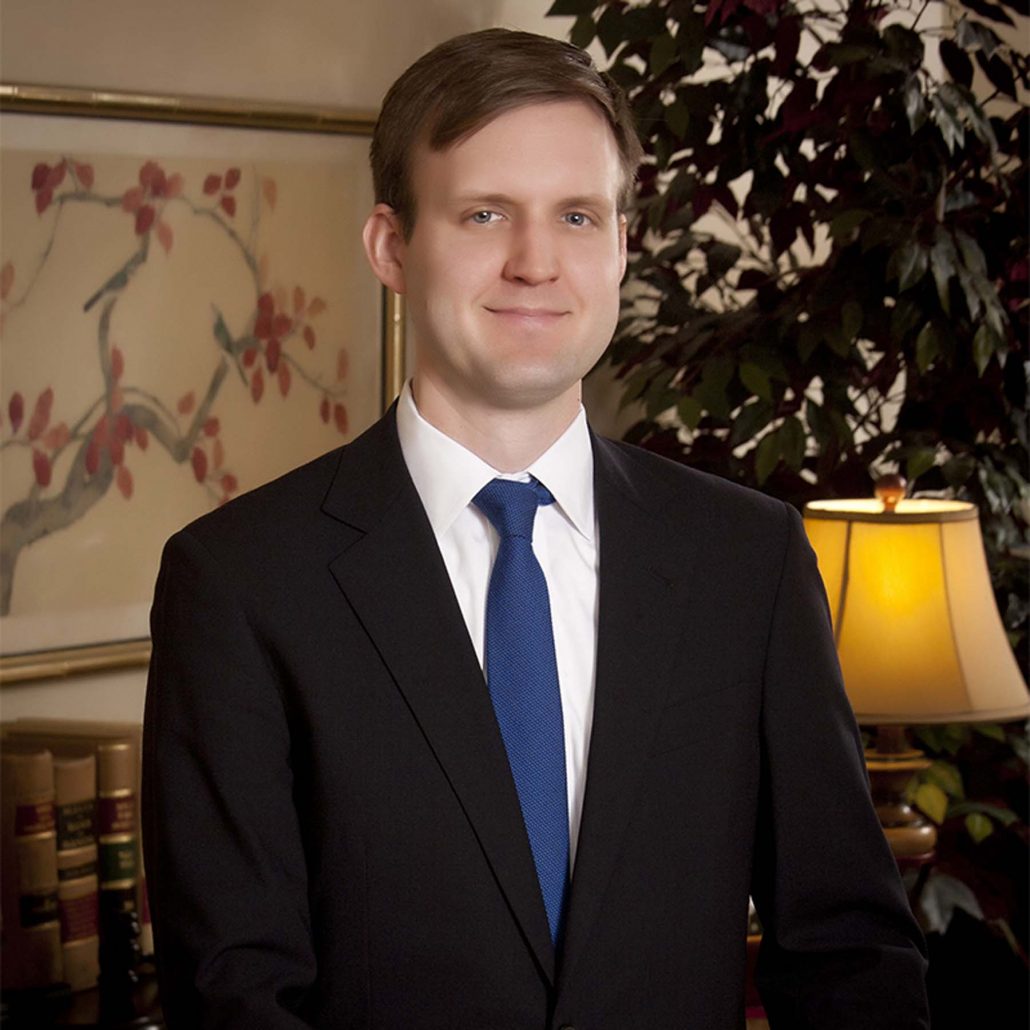 Making It Right For Those Most In Need

John R. Bartholomew is a partner at The Barnes Law Group, LLC. He joined the firm in 2018 after clerking for the Hon. Amy Totenberg of the U.S. District Court for the Northern District of Georgia. He is a 2008 graduate of Harvard Law School and a 2004 graduate of Denison University.

John began his career at the Atlanta Legal Aid Society, a civil non-profit law firm dedicated to equal access to justice. There, he represented low-income and senior citizen clients in consumer rights, real property, constitutional, and administrative law cases in state and federal trial and appellate courts. While he practiced in several areas, he focused most on representing victims of predatory lending against financial institutions during the height of the Great Recession.

Now John specializes in high-stakes litigation representing governments, businesses, and individuals. During his career, he has been at the front lines fighting for individuals, organizations, and governments impacted by two of the most significant events in our country’s recent history: the Foreclosure Crisis and the Opioid Crisis. John has helped his clients recover well over $2 billion in settlements and verdicts since 2020. His areas of practice and selected representations include:

Government Clients and Investigations.
John is currently co-lead counsel for the State of Georgia in its suit against the manufacturers and distributors of prescription opioids, one of the largest currently pending civil suits in the Southeast. Thus far, he has recovered over $650 million in settlements in this litigation.

John has also defended a judge in an inquiry before the Judicial Qualifications Commission, ultimately obtaining dismissal of the complaint by the Supreme Court of Georgia. He has also defended elected officials in criminal and civil actions.

Consumer Rights and Class Actions.
John has served as lead counsel or co-counsel in many consumer cases where his clients obtained victories on issues of first impression in Georgia. He was co-counsel in Strickland v. Alexander, where he represented a disabled individual in federal trial court and the 11th Circuit in a successful due process challenge to Georgia’s garnishment statute. His client, who lived on a fixed income, had his federally protected benefits garnished and his bank account frozen illegally, causing him to go without his prescription medicines and leading to serious health issues. Following the Strickland case the Georgia legislature revamped the state’s garnishment law to comply with the federal and state constitutional guarantees of due process.

John has also obtained a first-in-state decision establishing the right of plaintiffs to sue mortgage companies for consumer law violations under the Georgia Residential Mortgage Act, helped prosecute a successful Administrative Procedures Act challenge to HUD regulations that displaced the surviving spouses of individuals who had federally insured reverse mortgages, and obtained first-in-state and first-in-nation victories on novel issues under the federal Truth in Lending Act and Georgia Fair Lending Act in mortgage and predatory lending litigation. He was a member of BLG’s team representing the class of consumers in the multidistrict litigation against Equifax in the most significant data breach case to date in the United States. BLG had a leadership role in steering that litigation and helped obtain a settlement worth $1.5 billion, including at least $380 million in consumer restitution. And John has authored amicus briefs in important appellate cases on behalf of locally and nationally recognized consumer advocacy organizations like the National Consumer Law Center and Georgia Watch.

Complex Business Litigation.
John represents plaintiffs and defendants in business litigation across a wide range of subject matters. Recently, John successfully defended two investment firms in trial court and at the Georgia Court of Appeals in a suit against them by two real estate development firms who claimed the right to a brokerage commission on a commercial development.

John also obtained a unanimous victory in 2019 at the Supreme Court of Georgia while representing a coalition of affordable housing developers who were sued by a county Board of Tax Assessors regarding their alleged ad valorem tax obligations on properties they developed using federal Low Income Housing Tax Credits. This victory set a critical precedent preserving the financial viability of LIHTC developments, the primary source of new and rehabilitated affordable housing, all over Georgia.

John has also successfully represented businesses, non-profits, and individuals in a variety of contract, employment, insurance, business break up, and other commercial disputes.

Catastrophic Personal Injury.
John represents individuals who have suffered catastrophic personal injuries because of defective products or the negligence of others.

Whistleblower Suits.
John has extensive experience with litigation under the False Claims Act and represents whistleblowers and relators against businesses who have defrauded the federal government or state governments in qui tam cases.

John is a resident of Atlanta, Georgia. He is active in the Decatur First United Methodist Church, coaches mock trial at a local high school, and enjoys reading and spending time in the great outdoors.